Our first community visit went very well, but alas, it is not for us.  Maddie and I spent the majority of the day on Tuesday finding the right buses to Loma Linda, and after only 5 hours we arrived!  Don´t worry, somehow it only took us 2.5 hours to get home...

Loma Linda is an incredible little community that was only founded in 1976 by a Spanish priest.  All inhabitants abide by a number of rules that keep the town running smoothly and peacefully.  Most of the rules can be found in the Ten Commandments, but additionally, there is no alcohol, no gossip, and all members must be Catholic.  Break the rules and you´re out.

Judge all you want, but Loma Linda is so safe that you could drop your wallet in the street and find it in the same place the next day (if it wasn´t already returned to you personally).

Also, I wish all of Guatemala would mimic their efforts in the community development realm.  They harvest coffee plants and use the pulp to compost new plants.  They just built their first modest hotel, with the help of a loan from FUNDAP, a Guatemalan NGO.  In the future, Loma Linda has grand plans of becoming a self-sustaining community. 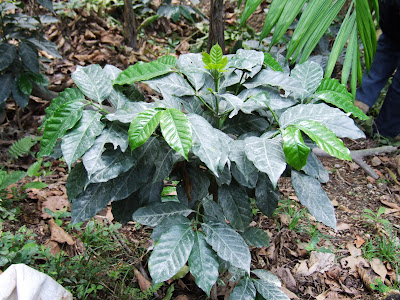 A one-year-old coffee plant that was fed only composted coffee pulp!


We spent our measly two days soaking up all the information we could from Loma Linda´s community development organization, ASODILL.  Pascual and his wife Rosa (coordinator and director, respectively) were incredibly hospitable and willing to answer all of our never-ending questions.  He even introduced us to a couple engineers from FUNDAP who regularly assess the projects in Loma Linda.  Yes, we will be meeting with them again in Xela later this month, and hope to work with them wherever we may be in the coming year. 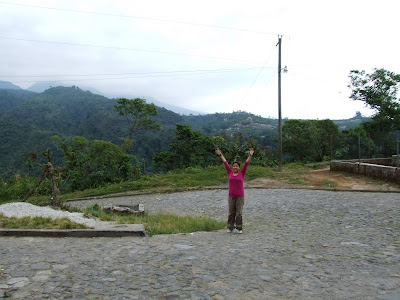 
So, we haven´t found our new home yet, but knowledge is progress.