You Are What You Drink

Today is blog action day, an annual event that unites the world’s bloggers in posting about the same issue on the same day with the aim of sparking a global discussion.  This year's topic is water.
It seems pretty simple, and extremely applicable as I sit here sipping from my water bottle, but the underlying complexities of the most abundant liquid on earth are innumerable.  Here in Guatemala it is not safe to drink water from the tap, and though some boil it, the majority of rural families drink the parasite-ridden water as is.  When I think about that it’s harder to shake my head at the mothers who fill their babys’ bottles with soda.  At least the soda is clean. 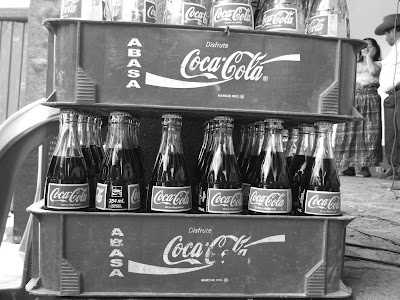 Sadly, accurate and reliable data regarding quality and access to water in rural areas is not only largely unavailable but also conflicting.  What we do know is that Guatemala has one of the highest child mortality rates in Central America—a statistic that can be linked almost directly to poor water quality and sanitation.  The problem reaches beyond rural villages though and lands right in the middle of Guatemala’s largest cities.  Though water systems have been set up in various urban areas, the supply is only turned on for about 12 hours a day and less than half of it has been properly disinfected.  A long cry from the service we take for granted in the United States.
Guatemala has no national water and sanitation company or any national regulations on water. In fact, because of the enormity of the issue, no singular sector has any clear leadership role at all.  So we see the same story play out; when everyone is a leader, no one leads.  There are governmental actors on national, regional, and community levels, not to mention non-governmental organizations, assigned to determine policies and strategies for water, sanitation, and water resource management.
Finally, did you know that the UN only declared access to clean water and sanitation a human right in July 2010? However there is still no law in Guatemala granting clean drinking water to all citizens. 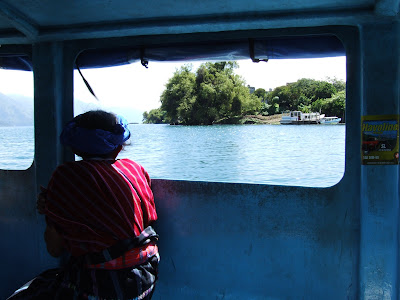 I can only dream,

Dana
Posted by Dana Zichlin at 9:00 AM