Start collecting wood, hammers and nails. We’re going to build an ark. The rain, which has been coming down for the past 40 days (more like 12 hours), has confined us to our house in Sololá. Look out the window and you will see, well, nothing. Living at approximately 6,500 feet has encased us in a milky white cloud, limiting our vision to the outside world to about five feet. However, where most people have to hike to see a waterfall, we have our own, conveniently located between the first and third floors. Our balcony recently flooded under the door, causing water to careen down in a majestic cascade into a tranquil collecting pool (trash can) on the bottom floor. If you listen closely, you can hear the tropical birds flocking around this new natural wonder. Actually, that’s probably just our cat Oliver, stuck in the closet. The normal honking sounds of the chicken buses passing by our house have subsided for the day, as I don’t think even the bravest and/or craziest of drivers would take on the windy, half-collapsed mountainous road between Sololá and Panajachel in this weather. But then again, you never know. 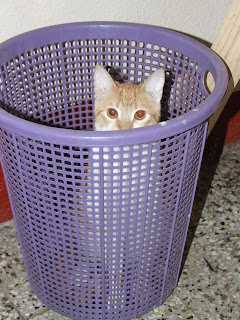 Alas, there is light at the end of the tunnel. Rainy season will be coming to a much-needed (personal opinion) close in a couple weeks. With the end of rainy season comes the end of carrying a rain jacket everywhere, from a five minute walk to the market to an overnight trip to San Pedro. For us, rain may seem like an inconvenience, but for our local Guatemalan amigos, rain is sustenance. Rainy season keeps the crops on the farm growing, which they can sell in the market to support their families. When the rain stops, plants stop growing. This is a yearly cycle in Guatemala that has been happening for hundreds of years, so the farmers are well prepared for the dry season. They will find other ways to make money during the dry season, and once again prepare for the blissful rains to fall from the sky again. They do not melt as the Wicked Witch of the West once did, but maintain their lifestyles with knowledge and preparation. We will try to do the same as we continue to adapt to life in Guatemala, but for now, I think I just heard Oliver go down our waterfall in a barrel.