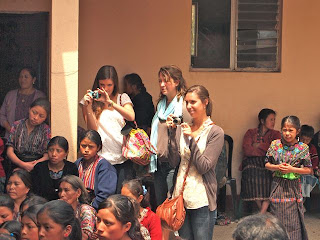 I’ve been trying for days to let it settle in my bones that I’m actually leaving Guatemala, if for no other reason than to evoke the necessary emotions to write my final goodbye blog.  But, alas, here I sit, less than forty-eight hours ‘til I’ll pull away in the shuttle, waving goodbye to my beloved Sololá and the life I’ve built here, and the appropriate words continue to escape me.  Perhaps words perfect enough to capture this sentiment don’t exist.

I’m sure it’ll hit me when I least expect it… not in the moments when I’ll shed predictable tears like during Central’s despedida ceremony or saying goodbye at the airport, but rather on that random night weeks from now when I wake up in the middle of the night to go to the bathroom and realize I don’t have to move my box of shoes propped up against the door to make sure it closes.  It’ll probably come on a chilly fall afternoon months from now when, for a split second, I’ll worry that there won’t be water, let alone hot water (and then I’ll probably be so homesick for Guatemala I’ll be willing to trade 100 hot showers just for the chance to go back and sit in the kitchen with my roommates huddled around a computer charger to keep warm).  It’ll come in those unsuspecting moments when, like a child, I unknowingly try to force the pieces of my life here in Guatemala into my life in the United States, only to realize that they belong to another puzzle. 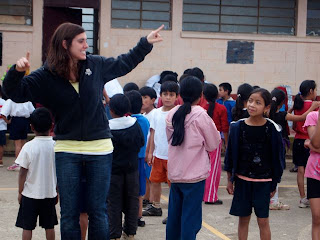 I realized the other day, as I made a list of all the goodbyes I needed to say before I leave, that there will never be a sufficient goodbye.  I will never be able to express all of the love and gratitude that overflows from my heart, or how incredibly lucky I feel for having been part of a brief chapter in the lives of the people I have come to know and love, the people circumstance now forces me to leave.  So, with the knowledge that no word, anecdote, or novel I write will ever do justice to the depth at which I have been touched during my time here, I will leave you with a meager helping of some of the things I will miss most:

I’m going to miss the clouds floating blissfully down the road and sneaking in through my bedroom window on rainy afternoons.  I’ll long to stand up in the back of a pickup, and take in the fresh air and the breathtaking views of the lake once more.  I will yearn to be surrounded by every shade of green created by God’s great hand, and to be filled up to the brim with warmth as I was on those late nights and early mornings when I laid in bed listening to the rain relentlessly pound against the tin roof. 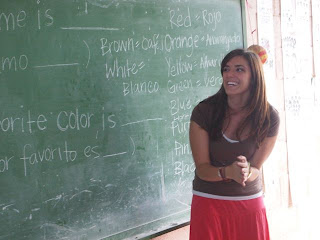 I will miss Lester (formally known as Christian and more easily identifiable as the real life version of the kid from “Up”) finally breaking his five-year silence with the phrase, “Kati, Kati, Kati, Kati, Kati!”  I will miss all of the kids in Chaquijyá, be they good listeners, handfuls, painstakingly cute, or painstakingly dirty, especially Needy Maria, Ismael, Idalia, Nelson (self-proclaimed “Sexy”), Alexander, Jhoni, Elton, and Jessica.  Though I probably won’t miss it, I’m positive I will look back and smile thinking about Esteban, the Principal of Central, jacking us around for the sheer fun of it, like asking us to have meetings at 7:30am even though he has entire morning free, or telling us that all teachers do a dance for Día del Niño so we should choreograph one too, then revealing to us on the day of the festivities that it was all a “broma!”  The gringos are the only ones performing!  I’ll miss Willie making jokes about Hudson’s eternal crush on “Kim” (my mother) and how we never eat enough food.  And, of course, I’ll miss Byron the gym teacher’s painfully inappropriate comments about partying, his larger than life mullet, and legendary dance routines.