And a New Chapter Begins...

Karen Baker here.  With the new crew of PDs now here and settled, we have initiated the process of transitioning our existing programs to them for the upcoming year. We began the week by giving Kelsey and Cameron a history and overview of all the English, health and environmental programs that we currently run and why we have the programs set up as they are. Throughout the past year, our team has had many discussions and debated about program structure, what “sustainability” means as it pertains to our work, and, more broadly, what we envision our site’s mission and vision to be. Over the next several months, however, the recently arrived Program Directors will have the opportunity to do the same, offering a fresh perspective on all of these topics. 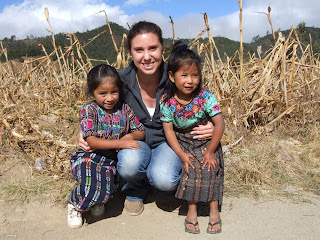 Per this week’s opening transition discussion, MPI-G’s English program will likely be the focus of much talk in the weeks and months ahead. Last August, our group began teaching English during class at La Primaria Central at the request of Esteban, the school’s director. Earlier this year, we expanded our English program to include an accelerated after school class for motivated students at the primary school in the nearby neighborhood of Cooperativa. Six months later, we are taking a good look at how the differing program structures and teaching strategies affect the efficacy and impact of our classes. 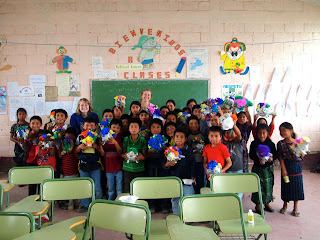 Which of the two models has thus far been the most successful? At this point, I believe that we would all arguably say that the after school English class, which is led by Dana and Hudson, has been more effective than our in-school English classes. Students voluntarily come to class because they have a genuine interest in learning English and, as a result, make a stronger effort to master the material. These students score well on their English exams and the class can move at a faster pace than those taught in La Primaria Central. Thus, the disparities between the English classes in the two schools have led us to consider the possibility of implementing an after-school English program in Central which is similar to that in Cooperativa.

A bit overwhelming, though nonetheless exciting, the transition period raises various important questions about evaluating and perhaps modifying program structure so that the new MPI-G team will continue building and maintaining a solid relationship with people in Chaquijyá, and direct programs as best they can. Additionally, there are fewer PDs this year than there were last, so the way programs are structured may also be affected by this variable. The upcoming months will be an incredibly busy but exciting time for the MPI-G group, so be sure to check back for more updates on how our programs are growing and changing and all else new that we have going on!
Posted by Hudson at 9:34 PM